A couple of years ago someone (Olin?) left a fat roll of old paper targets by our back door. I guess they’re called Paper Targets, they appear to be something you’d target shoot at, like at a shooting range, like with a firearm.

The photos on the targets were dated, depicting a variety of dangerous and grim criminal situations — hostage-takers and guys in ski masks and the like, all with clothes and hair from the 1990s, most pointing a gun back at the viewer. Possibly they were made for training law enforcement.

I don’t know where the targets got tucked away to for months and months but in May they resurfaced in the back of the shop, stuck down to cardboard surfaces.

I grew up in the home of a painter, so I know what it’s like to see a painting evolve. Things can get covered up, painted over, fade into the background, something gets added.

But the evolution in Andrew’s work isn’t subtle. Following the progressions is an exercise in detachment. You learn not to fall in love with any particular shape or line or color or composition, because next thing you know, it’ll be buried underneath a layer of new paint (or some other stuff – mud maybe). Or it’ll get a big red circle painted over it (see his City pool panel).

Knowing evolution was coming, and because he’s not painting every day and I’m glad when he does, I started taking pictures. Every day when I opened the shop, if he’d changed the paintings, I took a snap. But without telling him I had my beady eyes all over it so he wouldn’t get self-conscious.

By the time I started snapping the targets were already mostly obscured, but you can see the hostage and ski mask guy in this photo: 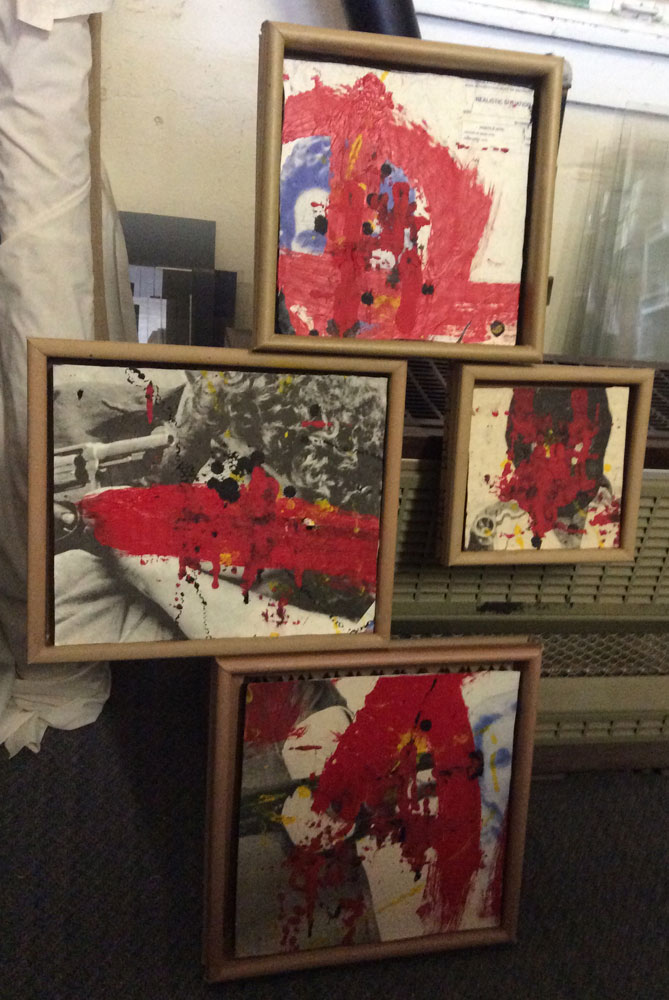 Somewhere around Phase Two, I saw a word I thought was “BOMB” but when I mentioned the work to Andrew he threw out the words “zombie killer.”

At the end of it, the large painting was stars, bleeding blue, over stripes. It hung in the shop window on Flag Day 2018, with the assemblage of smaller paintings (now riddled with painted bullet holes) on the other side. Then it got moved over the counter, and the assemblage disappeared…for now. 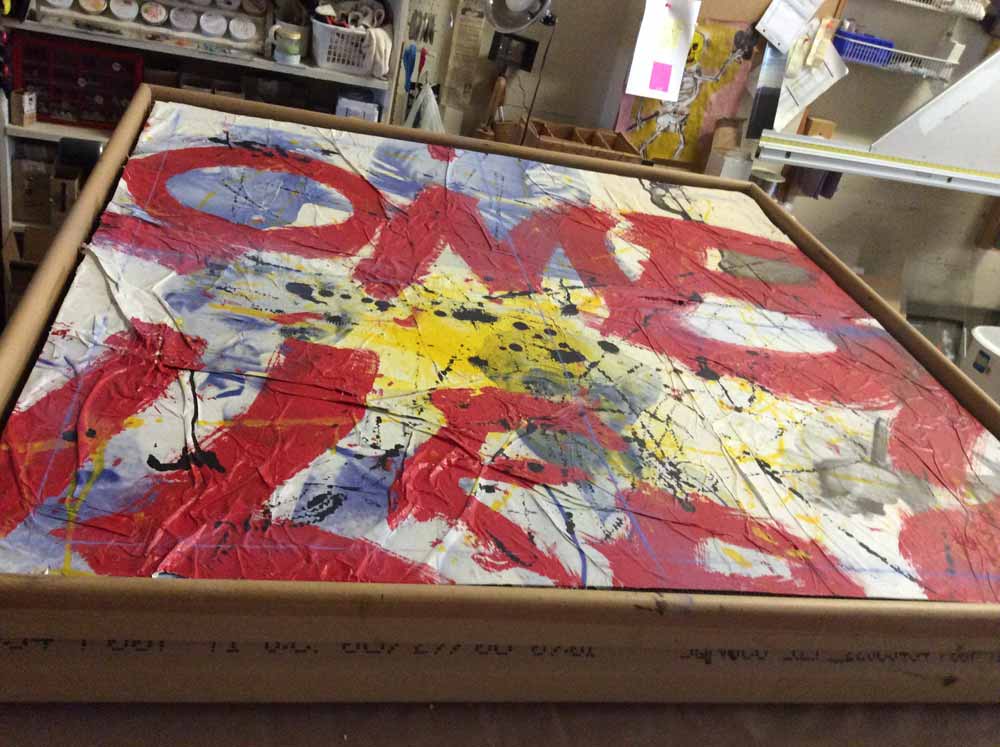 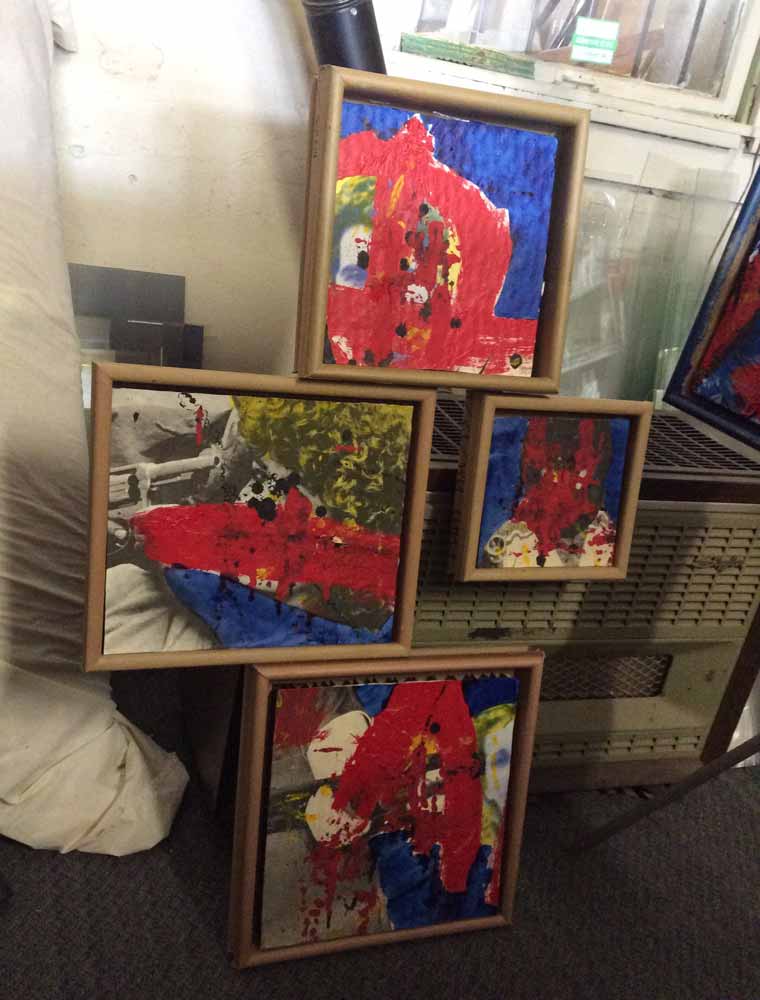 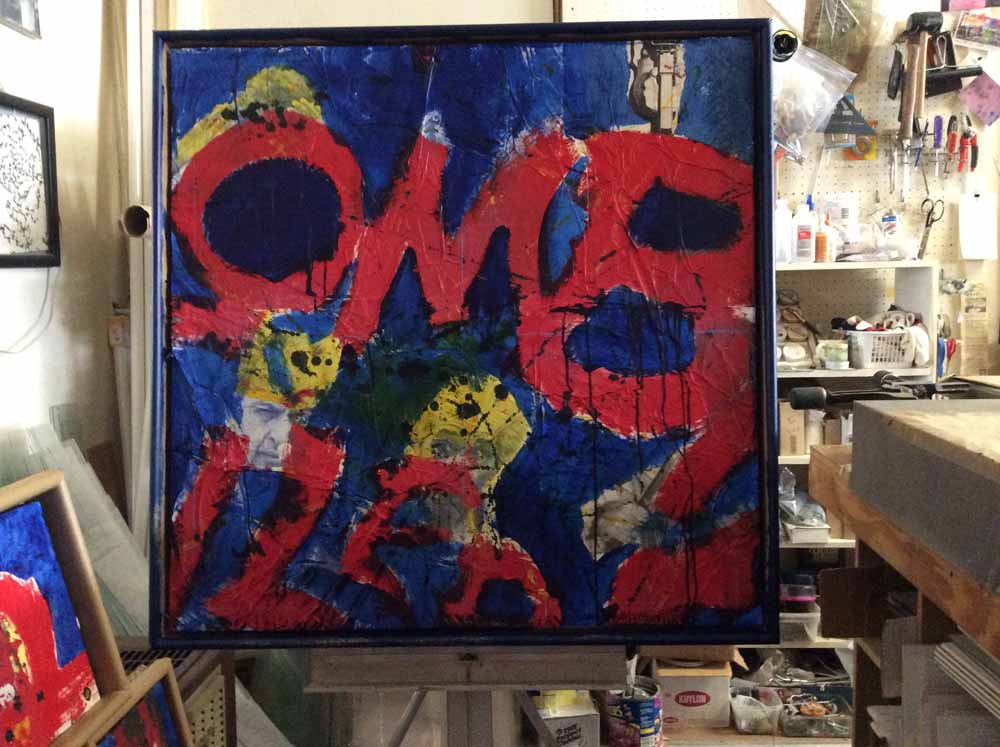 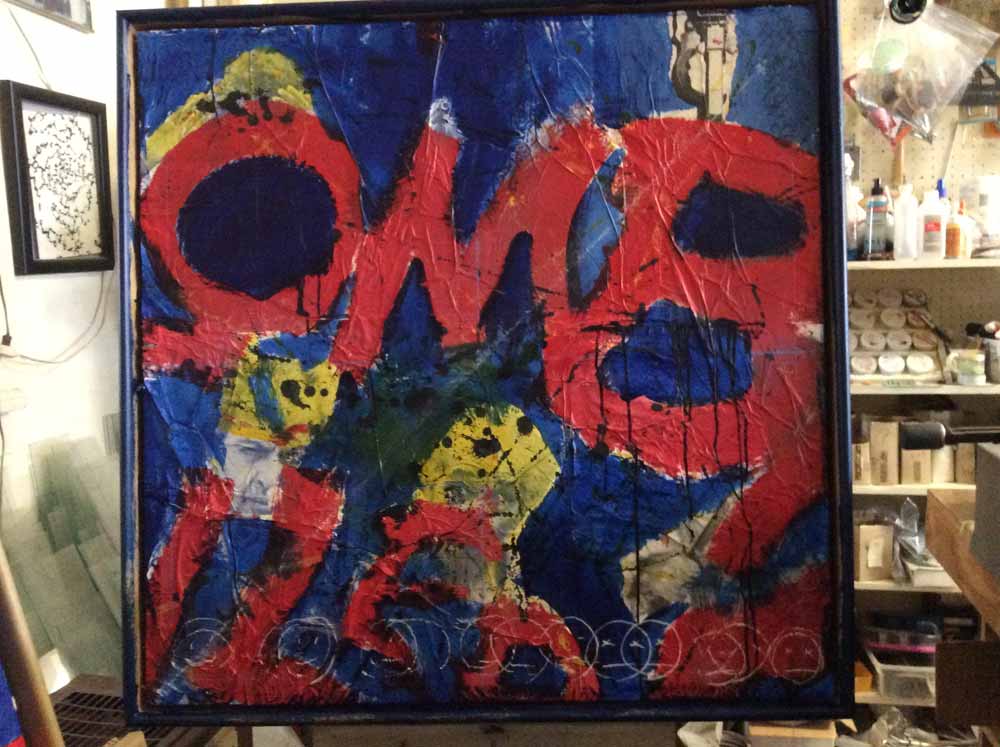 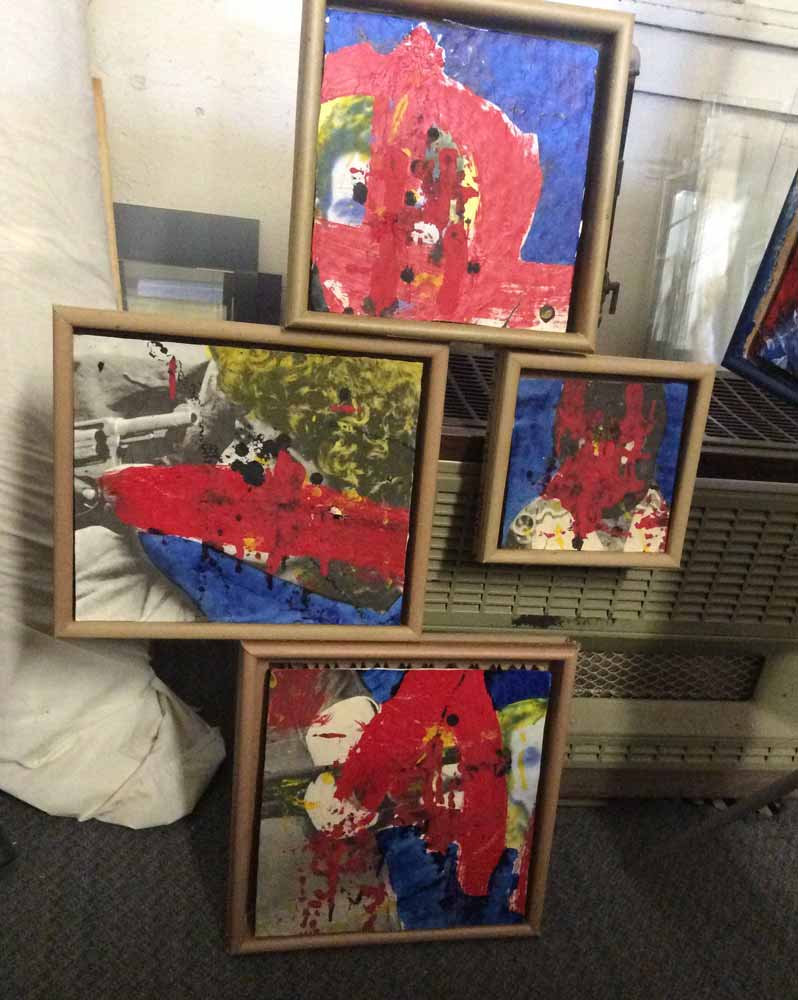 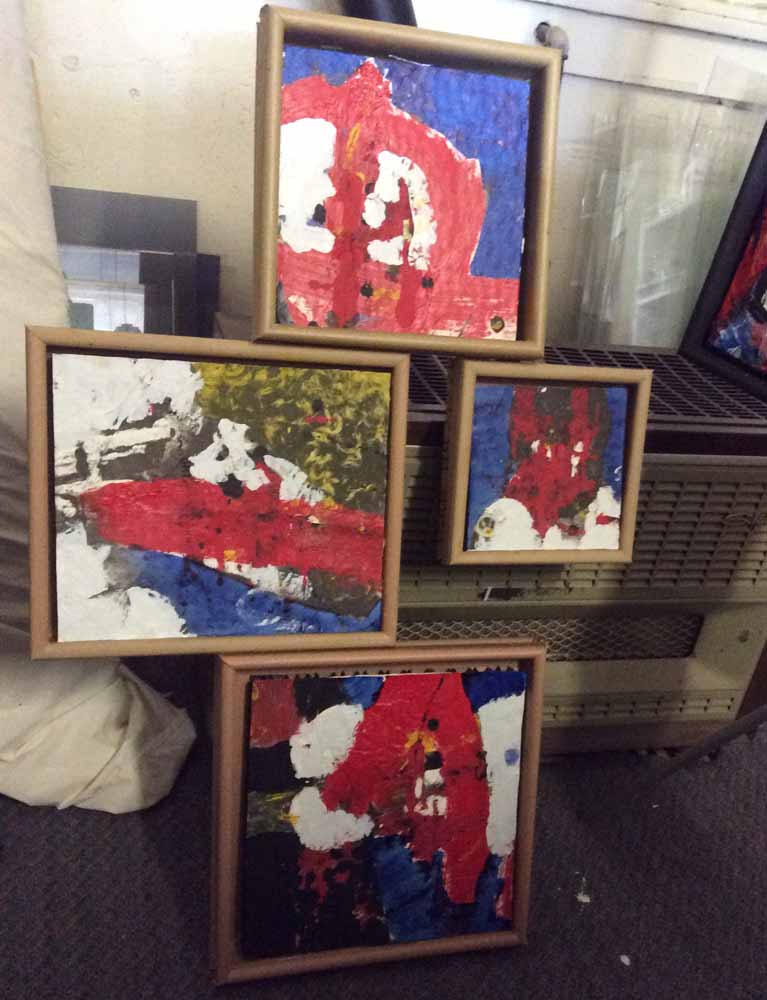 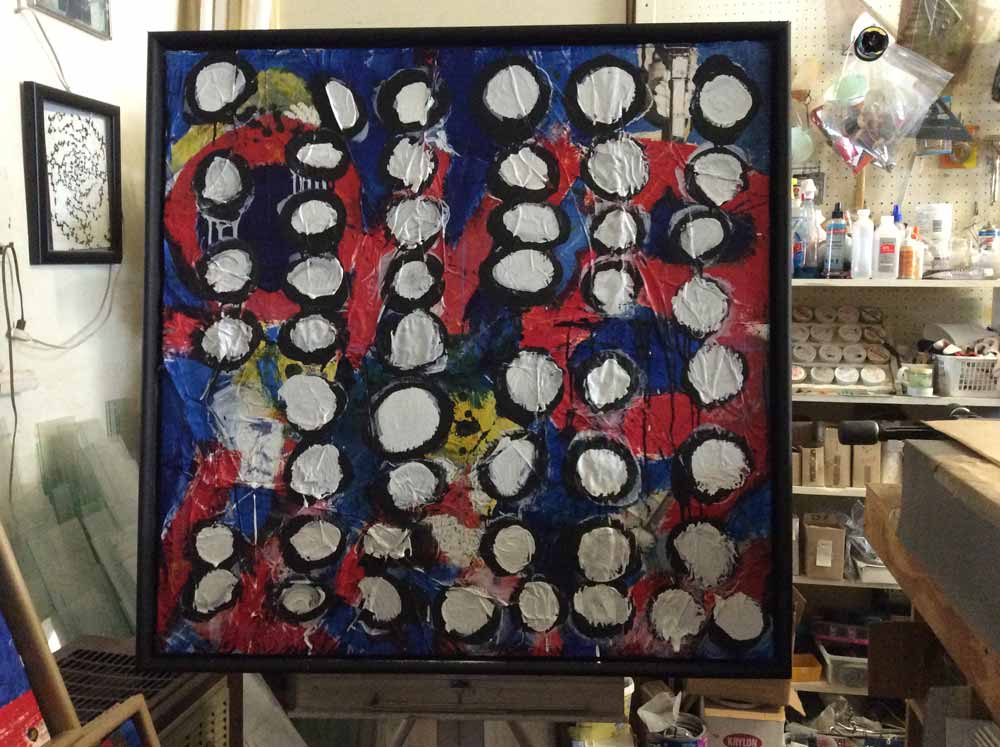 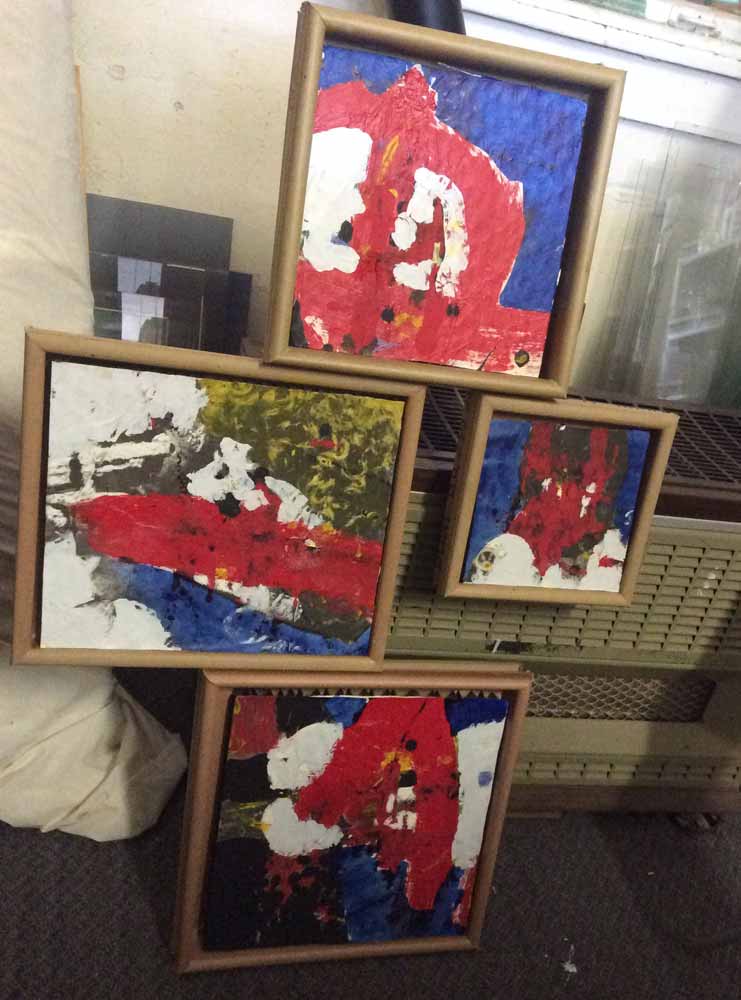 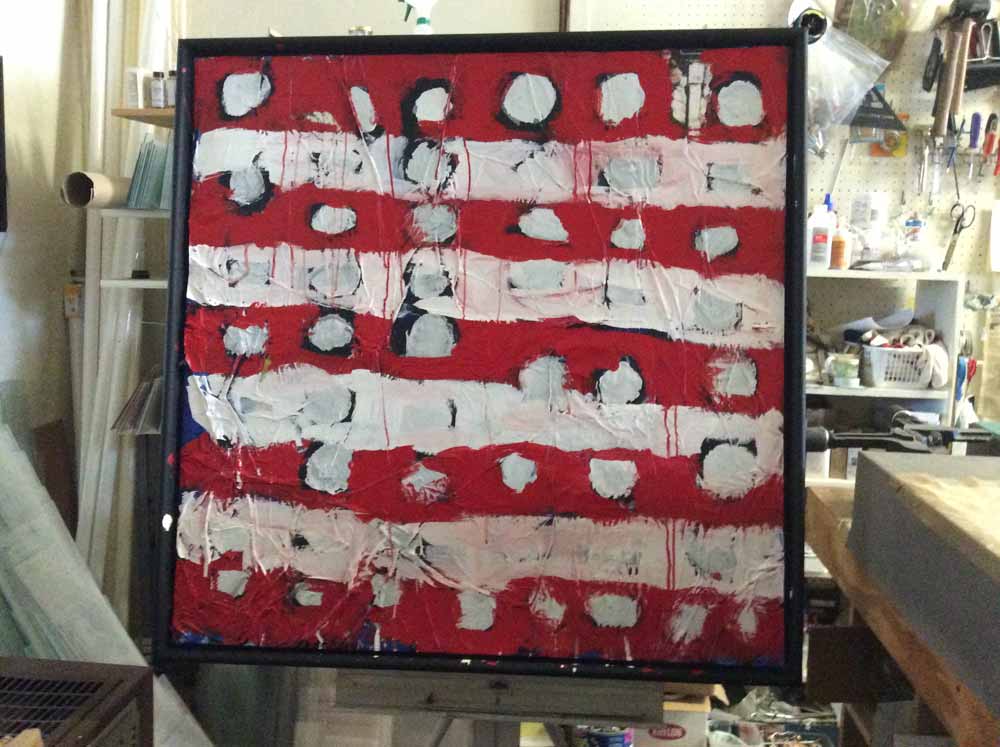 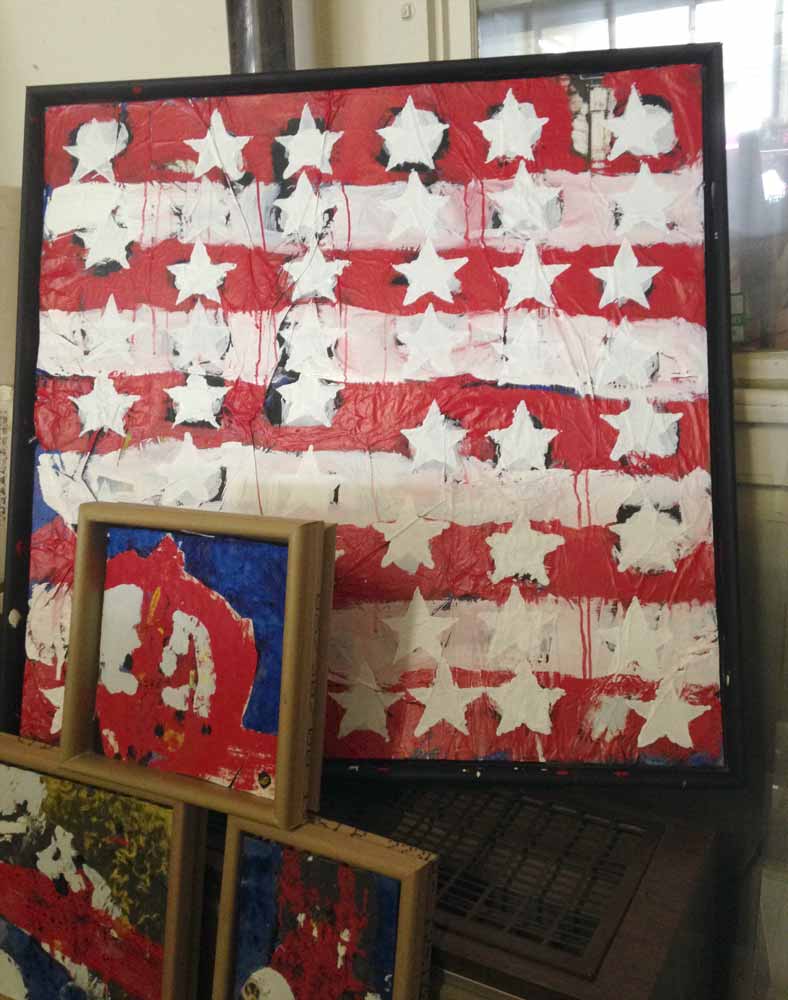 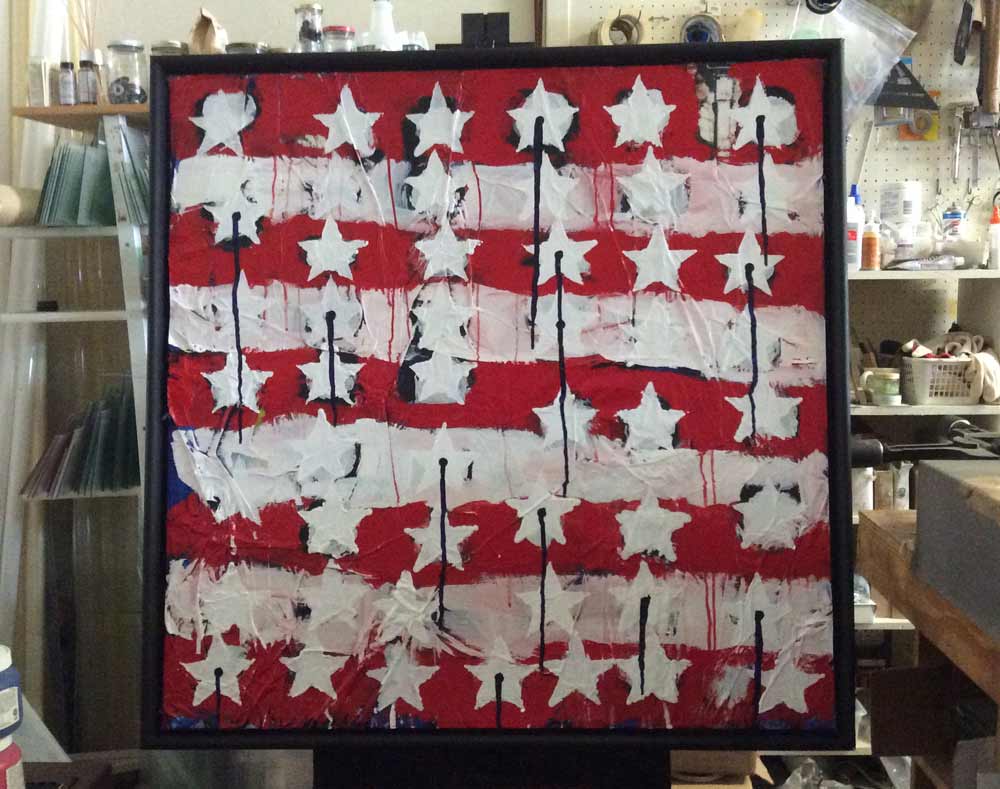 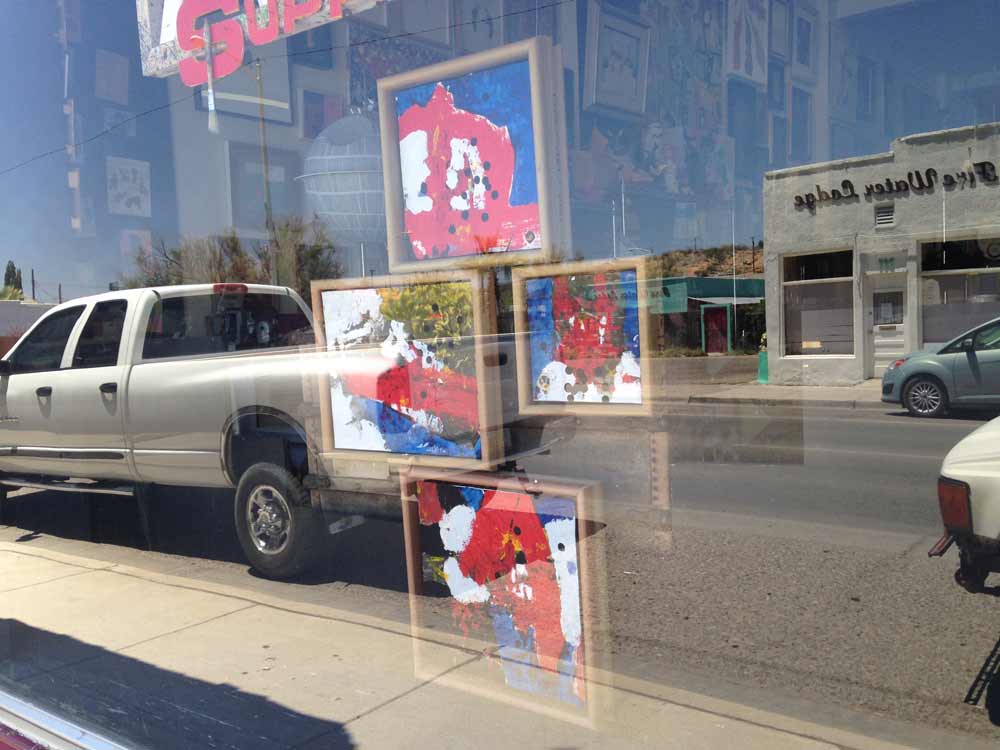 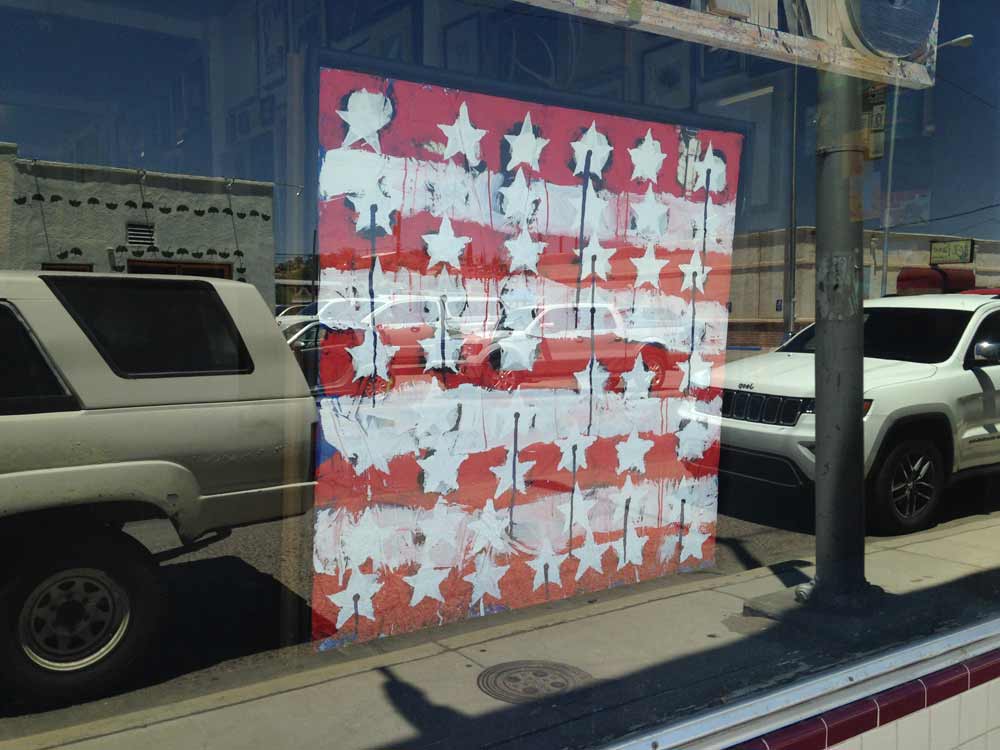 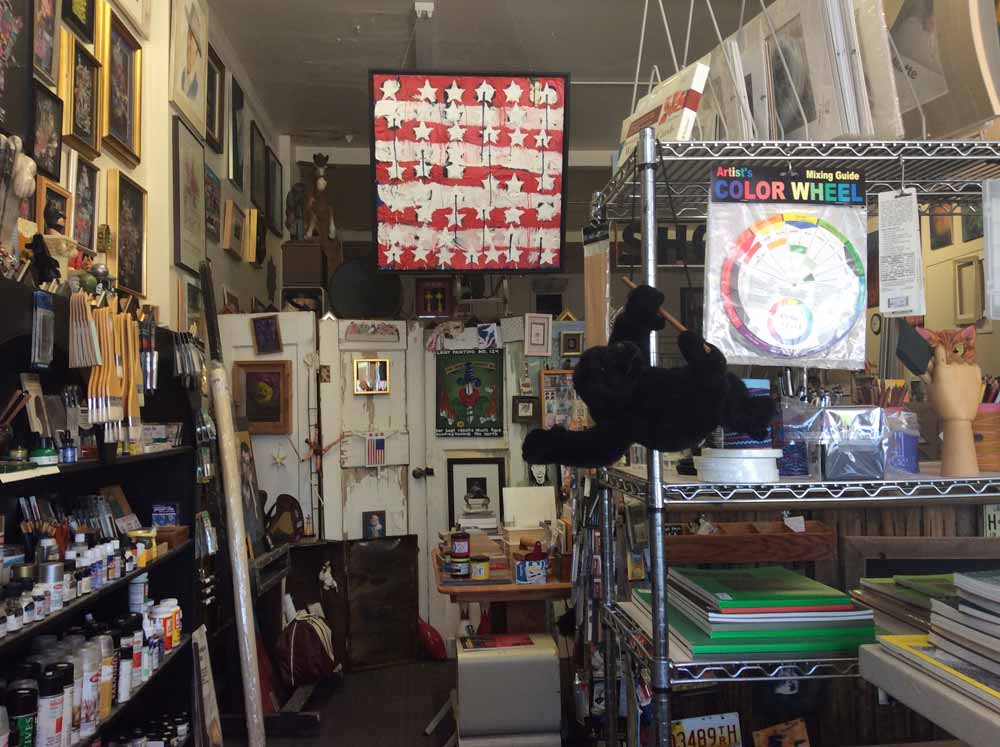 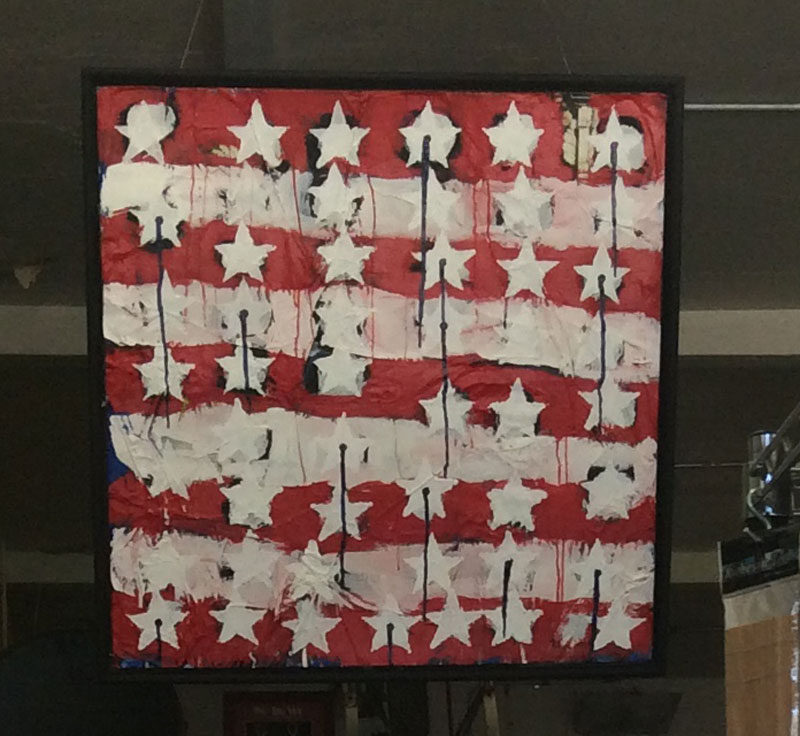