Every once in a while, we get to frame something like this: 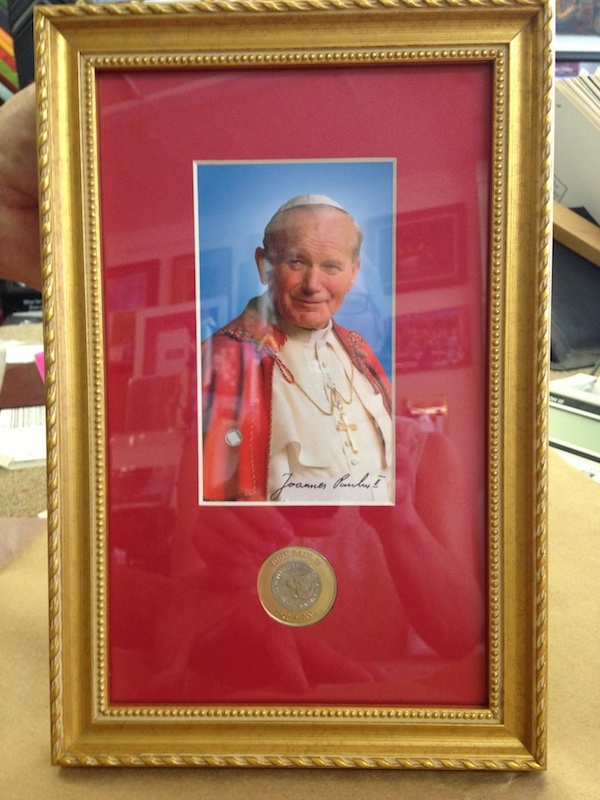 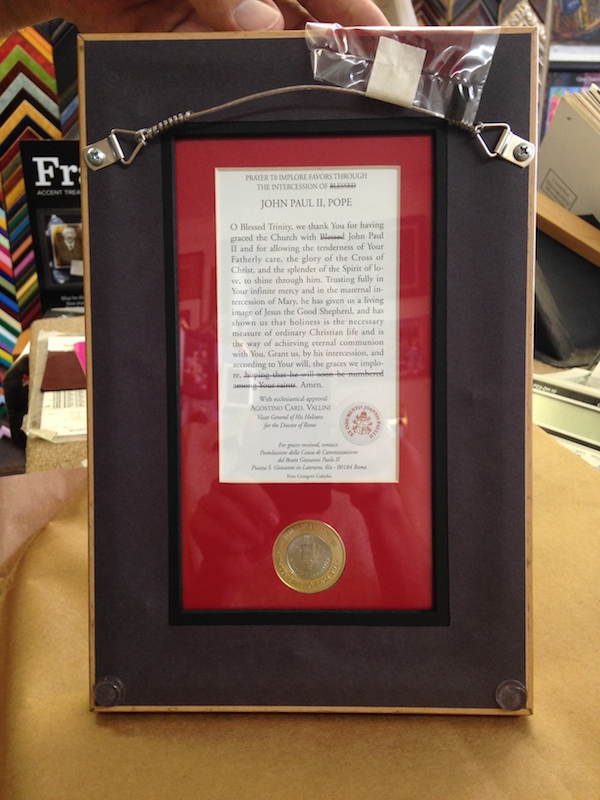 The piece will hang on a wall, but our client wanted to be able to see both sides of the card and the coin, if he wanted.  An extra piece of mat & glass were used  for the back, and a window was cut into the backing paper.

We asked why some of the text has a line drawn through it. It’s because the document was printed before the Pope became a Saint. Once Beautification occurred, the applicable phrases were struck out.

(We consulted Wikipedia to make sure we didn’t insult any Popes or Catholics in this post – starting here and ending here.)

From the John Paul II article:

“Inspired by calls of “Santo Subito!” (“[Make him a] Saint Immediately!”) from the crowds gathered during the funeral Mass which he performed, Benedict XVI began the beatification process for his predecessor, bypassing the normal restriction that five years must pass after a person’s death before beginning the beatification process. In an audience with Pope Benedict XVI, Camillo Ruini, Vicar General of the Diocese of Rome who was responsible for promoting the cause for canonization of any person who died within that diocese, cited “exceptional circumstances” which suggested that the waiting period could be waived. This decision was announced on 13 May 2005, the Feast of Our Lady of Fátima and the 24th anniversary of the assassination attempt on John Paul II at St. Peter’s Square.”